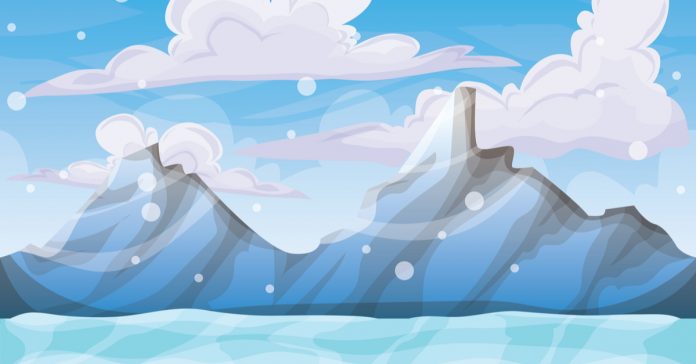 Anime is always my favorite. I always love to watch it. Yuri on ice changes my perception of the anime world. This show is based on man’s figure skating. The idea is unique and the way of thinking as well. After the debut of this fantastic anime series, I’m eagerly waiting to watch the next season.

Lots of people like me want to know when the next season will release.  I’m not satisfied with the delay of the next season of this series because it has increased my thirst to watch. This animated series highlighted the lives of an international figure skater. That was new for me to know more about it. The love for this series is telling us everything.

Let’s know more about this series and its upcoming seasons.

All About Yuri On Ice: A Figure Skater Triangle

Yuri Katsuki, the main character of the story of Yuri on Ice. He is a Japanese figure skater. The story started with him. From the beginning of the show, we figure out a crushing loss. In the Grand Prix Final, Yuri lost his stand on the ground. This defeat hit him mentally. He became depressed and defeated. After the loss, he finishes his college life. Even he was out of shape.

But the love for the skate let him do it again. He starts to perform skating that was the original performance by his competitor. Some local kid records the action of Yuri and posted it online.

After the video goes viral, Victor Nikiforov offers Yuri his help. He becomes the coach of Yuri and trained him to get the winning title.

The Reason We Should Watch “Yuri!!! On Ice’

There are lots of reasons behind I’m watching this anime series. Basically, I’ve been a sports lover. The story of this series is based on sports. This is also a drama, another reason I figured out about it. This thing keeps my seat hot to watch it. But the romance completes the storyline.

You cannot deny the perfect implementation of character in this beautiful animation series. This anime series deserves the best appreciation. It is a perfect combination of sports, drama, romance, and character. It’s all about the figure skating competition and the winning. So, you will feel the pleasure of winning as well.

After watching every episode of this series, you will ask yourself for the next. This is the winning moment for this anime creator and director. The way they move, they dreamed in this story can influence you a lot. All the character is best in their roles.

The idea was perfect for every character. All of these characters drive the storyline ahead. These characters show their emotions, love, for skating. They got shocked when someone falls. It’s another name of beauty and performance.

Every anime lover is eagerly waiting to watch Season 2 of ‘Yuri!!! on Ice’. They want to know the exact arrival time of the next season. The first season hit the screen on October 6, 2016. Then it made history and entertained us till December 22, 2016.  The fan was frustrated not for the success of the series.

They wanted more episodes to broadcast. Because of this huge popularity, the authority decides to make a special episode of it. On May 23, 2017, they come with a special episode. It was titled with ‘Yuri!!! On Ice: Yuri Plisetsky GPF in Barcelona EX – Welcome to The Madness. The good news is MAPPA is planning to make a movie based on this anime series.

Now let’s talk about the second of this series. There is no special announcement about it from the studio. So, all the fan of this anime series needs to keep patient to watch the second season of ‘Yuri!!! on Ice’. It is highly anticipated by the TV community.

The first season amazes audiences and made a great impression.  Most of the sources ensure that the second season will on air sometime in 2020 or 2021.

The second season is still knocking at the door to be aired. Fans want more seasons of it. But the future is uncertain. The success of Season 2 will guide this anime series to the next season. So, we still not sure season 3 are coming or not. If it comes then the time will after 2021 for sure. So the waiting period will be really long.

Characters of This Series:

These series are fabricated with dozens of characters. But, there are two main characters. Let’s have a glance over them.

He is the figure skater of the shows and playing one of the main roles in this series. He is brilliant with a sense of rhythm and steps. At the starting of the story, we saw him as a depressed person. He was trying to decide about his career ensure.

He is also another main character in this show. He has been considered as a legend of figure skating. As a Russian figure skater, he won the World Championship five times. He decided to let his figure skating career to become the coach of Yuri. The whole world was shocked by his decision.

It’s not a good idea to watch this beautiful anime series with subtitles. It can break your concentration easily. So, for the people who love this anime can enjoy all episodes in English. To make an international fan base, it came with grate English dub. This is great news for many people. The popularity of this show is still growing. In online you can easily find all these dubbed episodes.

Yuri on ice is not just an anime series. It’s an adventure that we were looking for. It is a masterpiece that reflects the relationship between characters. It has become everyone’s favorite. The beautiful storyline keeps our exception high all the time for the next. That’s why we are expecting more season of this series.

The bond and relationship between Victor and Yuri make us understand the value of this anime series. The adorable choreography can amaze you all the time. If you are still dying to know about the next season of it, then sit tight. It will be on air soon in the feature.