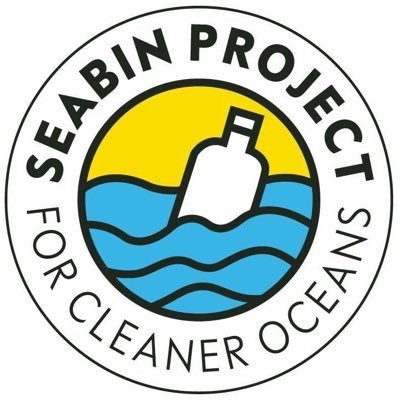 It’s definitely not news that the oceans of our world are full of trash and debris. The pollution that plagues our air is being talked about daily, but what about the water? That’s where the Seabin Project comes in.

This project introduces a whole new way to clean up the world’s oceans and keep them clean for years to come.

The Seabin is basically a fiberglass trash bin, for the sea. The bin contains a mesh bag used to collect everything from plastic bottles, paper, detergent, and oils that are floating around in large bodies of water. The mesh bag has a volume of up to 50 liters making it the ideal size catch a lot of pollution in little time.

The Seabin is a project by Seabin Pty Ltd, founded by Andrew Turton and Pete Ceglinski. The project is backed by Shark Mitigation Systems, who have technology partnerships with Google. The founders are Australian native surfers who are constantly in the water.

Turton originally came up with the idea after seeing so much trash in the water during his boat trips, and collaborated with Ceglinski who is an industrial designer.

The Seabin collection works through a pump that may be powered by solar, wind, or wave energy depending on the location. The small submersible water pump, to be exact, is installed right underneath where the Seabin is to be put.

Seabins are ideal for marinas, ports, yacht clubs, and any other large body of water that doesnt experience a lot of boat traffic. Large currents and waves aren’t suitable for the Seabin, but weather conditions and wind currents are still being tested.

So far, Seabin has estimated a catching rate of about 3.3 pounds of trash and other debris floating around the water’s surface per day. The pump underneath creates a small water current that leads water towards and through the mesh bag.

The mesh allows for the water to return back into the ocean while the floating debris gets caught and stored for removal. Since the bin deals with objects on the surface, it isn’t in any way harmful to the water’s fish. At this rate, the Seabin could remove about half a ton of ocean pollution within a year.

Seabins are placed in areas that experience the most trash pollution. According to their website, a medium sized marina would need about 5-7 Seabins, depending on river outlets and other conditions affecting the water’s area. Each bin is to be checked at least twice a day with the mesh bag being changed as needed.

The trash that is collected is then recycled or disposed of properly, but The Seabin Project hopes to soon be able to use the collected trash in the production of each bin.

Seabin has also created custom mesh catch-bags that contain an oil absorption technology that is able to capture a certain amount of oil in the water. The Seabin Project hopes that as funding comes in and technology develops, they can soon increase the amount of oil they’re able to absorb with the bag,

While the prototypes are fiberglass, Seabin Project plans to make the bins out of plastic so that it will be cheaper to make and sell to customers. Seabin is currently trialing recycled HDPE ocean plastics to see exactly what could be used in the production process. The plastics recycled from the ocean are also being tested and trailed in the production of the mesh catch bags.

Spain’s Balearic Islands were the first to test run the Seabin prototype in four different ports using a solar powered water pump. The Seabin Project has also began a partnership with a French marina building company.

Different marine authorities from around the world have shown interest in the Seabin; and they plan to make the bins available within 17 countries that have signed agreements with the Project once testing and other kind of properties are perfect.

Currently, sales and preorders for the Seabin began in the summer of this year. The Seabin Project founders attended a 3 week accelerator project where the Seabin received over $350,000 in funding. The money was used to expand in Project members and further the production process with factory modifications and streamlining.

While this is just a small solution to a giant problem, Seabin makes a start in ocean clean up. The Seabin rivals trash boats by being inexpensive but more effective than manually scooping up trash and debris.