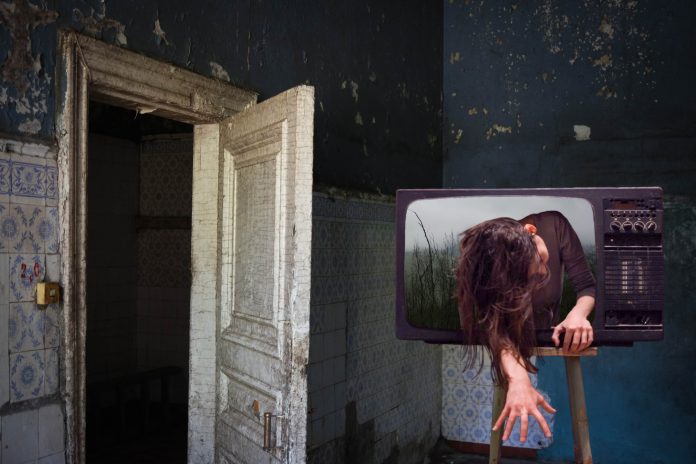 Do you want to scare the hell out of yourself? Then watch the cure wellness. We are going to talk about “A Cure for Wellness” that is simple and oddly terrifying to watch. This movie is offering some horrifying moments that cause Goosebumps.

This movie is the best example of keeping the balance of the horror scene and the story. As a horror movie lover, this movie is satisfying for me. You can keep this movie on your watch list. This one is not going to frustrate you.

Let’s discuss some interesting facts about this movie.

A Cure For Wellness: A Horror Movie We Deserve

Some movie makes a stand with its own story as cure wellness does. In 2016, we have got the chance to see this psychological horror film. Gore Verbinski is the director who leads this movie form the behind of the camera. This story is all about a young executive.

He goes to a mysterious rehabilitation center to retrieve a colleague. In the Swiss Alps, all the things turned mystery even the treatment as well. They are not common what they seem. He finds out a secret of the Spa’s. After that he found himself diagnosed because of some situation.

This movie will reveal some curious illnesses. But these illnesses should be cured. All the guests are looking for it.

This psychological thriller makes a new milestone that makes us happy to watch to be terrified. Behind the camera of this movie, lots of popular names you will find. You know this story set in the real world, but the dark secret is not. Here are some facts that you should know about this movie.

Lots of people don’t know that most of the scene of this movie was filmed at Germany’s Castle Hohenzollern. This castle is privately owned. It helps to feel the gothic nature. The authority accepts the request of the team to shoot the movie for 11 days. It’s hard to accept because it almost receives 3, 00,000 visitors each year.

Dane DeHaan is so familiar to everyone. Yes, we saw him some other films as “Life”, “The Amazing Spider-Man 2”, etc. this 30-year-old American actor also played a role in a vampire series name “True Blood” which was an HBO’s hit. He said that he loves to play a complicated role as he played in “A Cure for Wellness”.

That Eerie Ramones Cover Inspired For Director’s Punk Rock Past

The director of this movie was a punk rock teenage guitarist. So, he knows how to lead the music in horror terms. So, we saw the effect of his music affection through this movie. The cover “I Wanna be sedated” was performed by a punk rock group. The director wanted to make people get a whiff of this movie. All the things about this cover are letting you go.

This Movie Is A Way To Get Meditation Promos

Another good fact about this movie is, you can know about the meditation. Yes, all the promo of meditation is based on real videos. All the techniques are offered to adopt a gentle way to get a relaxing experience.

If you saw the movie, then you already knew that water is showing up in many scenes. One of the major roles has been played by the water. The screenwriter said that the cure revolves around hydrotherapy. The innocuous fluid makes the scene creepy.

Stages of Watching “A Cure for Wellness”

This movie is 146 minutes long which is enough to entertain us. If you want to evaluate this movie point to point, then it will get both positive and negative feedback. This movie is not only entertaining us a lot, but also a good example of a detracting film. It is an accomplishment of the team of “A cure of Wellness”. We can divide this movie into five stages that make this movie more interesting to watch.

Mr. Robot, the man who is alone in his big office at night. From this scene, we get the action. The corporation wanted a young executive called Lockhart. He had to find out the Company’s CEO. He disappeared in a spa in the Alps. There is some Mystery in this spa. It makes us more curious to find out what’s going to happen next.

For the first time, the place looks so weird. Even all the patient is old. But the common thing is, all these old people were a high-powered executive in some corporations. They all are wearing white cloth. The only exception is Hannah’s left by her parents.

At some point, we discover Lockhart in a deprivation tank. An oxygen tube is connected with this tank. I will suggest you to not watch this movie you are faint-hearted. With the most compelling feature, this movie makes you imagine what will happen next.

At the midpoint, in the film, we were not sure about what’s going to happen next. The story is going to evoke the audience at this stage. Somehow an emotional attachment grows between the audience and the movie. As a result, we start to overstimulate our imagination.

After watching this movie you will ask yourself “what the hell did I just see?” All we know about the storyline and distinctly gothic directions. This story is linked to unconsciously but does not follow the actual logic. Simply, this movie is remarkable to watch.

Knowing about a horror movie is not the last thing unless you see the “A Cure for Wellness”. Cure Wellness is capable to disturb your sleep. Some scene of this movie is hard to understand. This movie is stunning especially the spa set. The music is good to drive you from the real world to the fantastical world.

This is the movie that can engage you to dive deeper into the plot. It is unique because it seems old with some interesting myth. It is surely a movie that you must watch. This physiological thriller is absolutely genius. The darkness, twist, and potent can keep you watching this movie again and again.