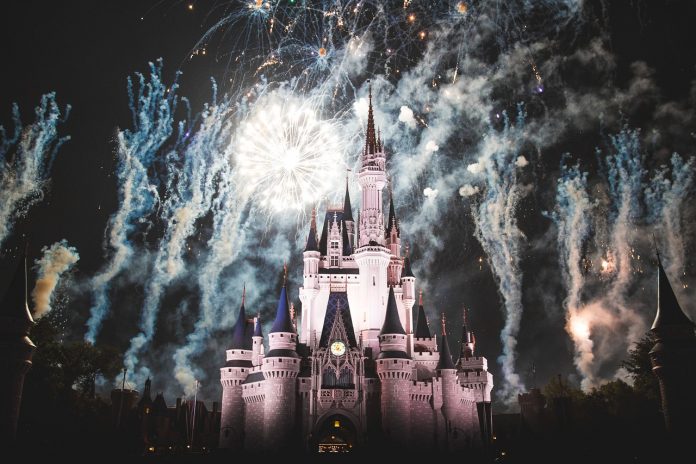 We are in 2020! Our patience finally pays off. This year is going to gift us lots of movies. As a movie Lover like everyone I also made a list of Disney movies. I cannot skip any of them. All of the movies of Disney make me happy and insist to watch it again and again.

The good news is Disney has announced the complete schedule of their films. All these movies are going to release in the next seven years. Yes, you heard right. But 2020 is the year we are going to start the journey to watch most anticipated Disney movies.

Let’s see which movies Disney is going to release that we should watch first.

Disney Always tests our patients by announcing about their upcoming movies. Every year we eagerly wait to watch and feel another level of experience. This list of Disney movies will make you happy. Like every year 2020 is going to be a profitable year for Disney. They focus on everything.

They worked on animation, adventure, action, superheroes, and comic-book movies. Disney doesn’t stop with new content. Here is the list of the most awaited movie by Disney those are going to be released in 2020

This movie is going to be the latest collaboration between Disney and Pixar. On March 6, 2020, it’s going to hit the theater. The voice artist of the main character is Chris Pratt, Tom Holland, Julia Louise-Dreyfus, etc. In this movie, we are going to discover a fantasy world. This world has everything like fairies, elves, trolls, unicorns.

The mother of Ian (Tom Holland) gave him magic stuff in his sixteen birthdays. Using these pieces of stuff he will be able to see his father. But it is for one day. The spell distorted when he tried to resurrect his father.

So, the lower body half of his father comes in their world and remaining part of the afterworld. Ian and his brother are looking for the replacement of the missing part. It will be lovely to watch the bond of brother and their desire.

The story of Mulan is all about a young Chinese girl Hua Mulan. Liu Yifei played the character of Mulan on Disney’s live-action movie. She has to defend her country by joining the Imperial Chinese Army. There is a rule of the Emperor of China. At least one man of each family should serve the army.

Mulan joins the army despite her father. She doesn’t want to take the risk of her father’s life. Already we know Mulan was an animated version. The core idea was taken from the animated version, but this movie is more than that. Because Disney adopts a different approach instead of copy the original one.

The project of this movie was delayed many times. Finally, we will see it because Disney releases the trailer. May 29, 2020, is the release date. The story of Artemis Fowl is based on the bestselling novel Artemis Fowl. This is the story of a 12-year-old boy named Artemis Fowl II.

He must find out his father. His father was missing after going on a mission. Artemis Fowl has to fight with dangerous fairies. It must be completed to restore his family’s fortune. As a Disney movie lover, I’m super excited to watch this movie. Also

This will be the second release of the Disney Production and the Pixar. This is the animated movie that focused on jazz music. Yes, you heard right. It is all about to display us the interworking of the human body. The story starts with Joe Gardener who is a middle school teacher.

After performing in a jazz club he falls into something which took his soul from his body and sends to the You Seminar center. This is the place where should learn to develop skills and passion. Then they can transport to a newborn. Joe Gardner must get back to the earth.  This movie is going to release on June 19, 2020.

Do you know about the popular Disneyland ride Jungle Cruise? Disney developed this Jungle Cruise movie based on their ride.  We will see the riverboat captain Frank and scientist Lily Houghton. In the jungle, there is a tree called the tree of life which has the power of healing.

To find out this mysterious tree they travel to the jungle. We will find a number of villains in this movie. This movie is going to be a perfect summer adventure flick. July 24, 2020, will be the day to watch this movie.

The One and Only Ivan

Some big name is related to this move like Angelina Jolie, Sam Rockwell, Bryan Cranston and many more. This movie is going to be one of the most anticipated movies in 2020. This story is about a gorilla that got trapped in a cage with his other animal friends.

But the problem is that the cage is at the Big Top Mall. From this movie, we will know about the abuse of animals and how they suffer. Ivan is going to use the art that will free all the animals from the cage. There is still no teaser or trailer, but we get the release date. On August 14, 2020, this movie will be released.

Raya and the Last Dragon

Raya and the Last Dragon is a name of inspiration. The inspiration was taken from the diverse Southeast Asian culture. Disney said that this concept is original. The main two characters took place in the realm of Leandra. The ancient civilization of this place inhabits the earth. Disney also said that this animated movie will release on November 25, 2020.

2020 is going to be one of the biggest years for Disney. This list of Disney Movies is proof. Every year they announce upcoming movies. So, we know which movies are going to hit theaters with the exact date and year. Disney already on many levels with its previously released movie. They are unstoppable. That’s why we can make a movie list of Disney every year! I always get excited when I hear about the latest news about Disney movies. I’m waiting for coming out to new Disney movies in 2020.