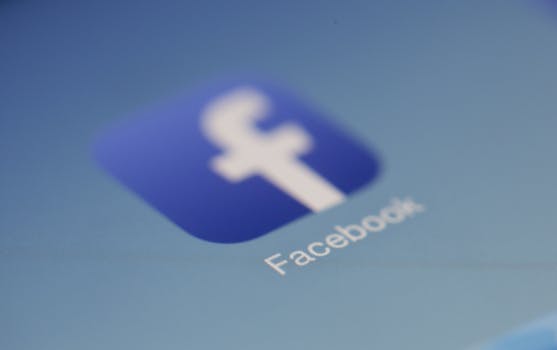 We just heard about Facebook User Data being hacked by third parties when users utilize the Login With Facebook feature,and now Facebook has been caught up in a lawsuit about their use of fake ads, and slandering individuals by doing so.

Martin Lewis, founder of MoneySavingExpert.com is personally suing Facebook for fake advertisements containing his name, picture and background in order to scam others. Lewis says that he isn’t looking to make a quick buck. In fact, he has said that if he wins, he will donate that money to charities that stand up to fraud.

(Monday 23 April), I will issue High Court proceedings against Facebook, to try and stop all the disgusting repeated fake adverts from scammers it refuses to stop publishing with my picture, name and reputation.

While this hasn’t been the only crytocurrency scam running about Facebook, it has become a noteworthy one as Lewis has spoken out. Many of these fake ads offer a "Bitcoin Home-Based Opportunity" for individuals to make a ton of money by staying at home. These scams have also been featured on many fake news websites, such as Daily Mirror.

Martin Lewis has made the following statements about his defamation:

“Enough is enough. I’ve been fighting for over a year to stop Facebook letting scammers use my name and face to rip off vulnerable people – yet it continues. I feel sick each time I hear of another victim being conned because of trust they wrongly thought they were placing in me. One lady had over £100,000 taken from her."

“I don’t do adverts. I’ve told Facebook that. Any ad with my picture or name in is without my permission. I’ve asked it not to publish them, or at least to check their legitimacy with me before publishing. This shouldn’t be difficult – after all, it’s a leader in face and text recognition. Yet it simply continues to repeatedly publish these adverts and then relies on me to report them, once the damage has been done."

“Even when they are reported, many have been left up for days or weeks. And finally, when they are taken down the scammers just launch a new, nearly identical campaign very soon afterwards and the whole rigmarole starts again."

“I’m not the only public face this has happened to. It’s time Facebook was made to take responsibility. It claims to be a platform not a publisher – yet this isn’t just a post on a web forum, it is being paid to publish, promulgate and promote what are often fraudulent enterprises. My hope is this lawsuit will force it to change its system. Nothing else has worked. People need protection."

“And of course, on a personal note, as well as the huge amount of time, stress and effort it takes to continually combat these scams, this whole episode has been extremely depressing – to see my reputation besmirched by such a big company, out of an unending greed to keep raking in its ad cash.”

Facebook does not verify the websites in which these fake advertisements lead to. One would think that after poor security measures with the Login With Facebook feature, Facebook would step up their game.

Martin Lewis’ lawyer, Mark Lewis has made the following comment himself:

“Facebook is not above the law – it cannot hide outside the UK and think that it is untouchable. Exemplary damages are being sought. This means we will ask the court to ensure they are substantial enough that Facebook can’t simply see paying out damages as just the ‘cost of business’ and carry on regardless. It needs to be shown that the price of causing misery is very high.”

While numerous AdBlockers (such as AdBlock Plus, AdBlocker Ultimate, and AdAway) can block the threat of these ads, it still does not protect the identities being used in these fake advertisements, such as those as Martin Lewis.

If you are a Facebook user, be aware of advertisement scams. And, like the old saying goes, if it seems too good to be true . . . it probably is.