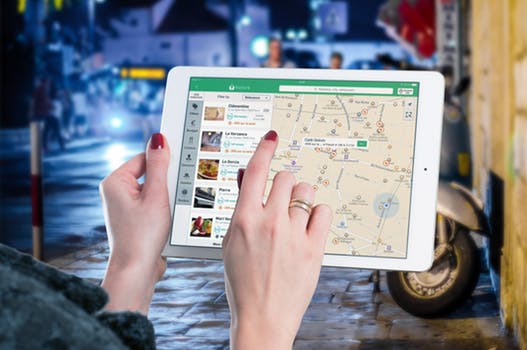 Coming in summer 2018, Google Maps will be adding stunning new features in order to increase helpfulness to users. Google Maps won’t be getting rid of its essential features, but the new features will add some kick to your experience.

“About a year ago, when we started to talk to users,one of the things we asked them was: how can we really help you? What else do you want Google Maps to do? And one of the overwhelming answers that we got back was just really a lot of requests around helping users explore an area, help me decide where to go,” reports Sophia Lin, Google’s senior product manager on the Google Maps team, to TechCrunch. “So we really started digging in to thinking about what we can really do here from Google that would really help people.”

Basically, there are three brand new features that highlight you. This means personalization to the extreme using artificial intelligence.

The first of these new Google Maps tools is the "For You" component which gives recommendations for you personally in a newsfeed-like structure (similar to that of Facebook), making them easy to read. You can even follow (like Facebook or Twitter) specific cities/towns or neighborhoods-that you have or have not yet been to. Then, these places will be able to update you on special events, grand openings or awesome restaurants.

“People had problems finding out what’s new. Sometimes you are really lucky and you’re walking down the street and stumble across something, but oftentimes that’s not the case and you find out about something six months after it opened, so what we started looking into was can we understand, from anonymized population dynamics, what places are trending, what are the places that people are going.”

Also in this personalized newsfeed, there are "Foodie List" and "Trending This Week." The "Foodie List" shows results based where people go together as a group, which is a great feature for deciding where the best hang outs are with your friends. "Trending This Week" may seem obvious: what is trending that week. However, instead of looking at groups of people, this feature tends to view the whole population of that city.

Contained in this element will also be local news to the area in which you are viewing, which can include if it is a good time to visit if going on vacation. There will also be lists of five-star restaurants included.

The second major feature Google Maps will incorporate is called "Your Match." If you are someone who loves to research the ratings of restaurants before choosing a place to eat, this feature will tell you that. "Your Match" will also give you a personalized score based on your preferences, and can match you with a restaurant it is certain you will enjoy. How does it know your preferences? By how you rate other places and by you setting them up personally in the settings. Google Maps will not take into account how others have rated a restaurant, leaving for more personalization.

Group planning will also be incorporated as the last major feature coming to Google Maps. Here, you can basically create a list of ideas that you and your group have for an awesome evening out. Then Google Maps will generate a chat head bubble that helps you browse for places. Afterwards, you can share the ideas with your friends and you can vote on where to go! This takes the "I don’t know" out of any outing.