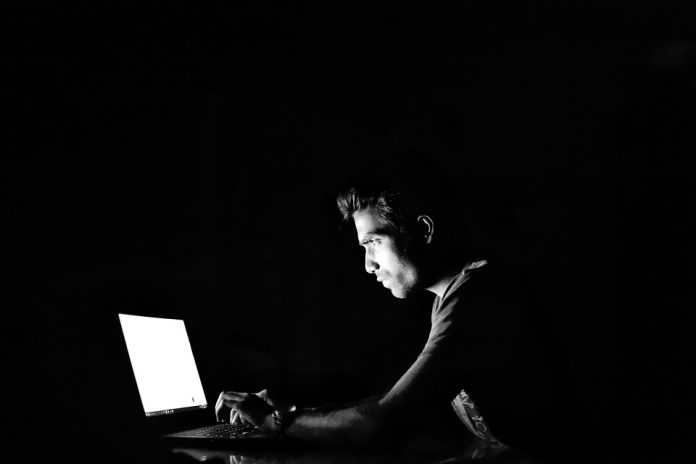 We are passing through the time of the technological revolution. Now at every phase of our life, we need tech no matter how small it is. But with the term technology, another word has become equally notorious. Yes, I’m talking about hacking. It is something that makes us crazy. This phenomenon has influenced moviemakers as well. As a result, we got some movies about hacking that nothing but masterpiece related to the term.

These movies showed us the amazing aspects of hacking, yet negative, but perfect as entertainment elements. I’ve shortlisted only 5 movies among tons of choice which can be enlisted in a must-watch category.

Let’s see what we have here about the hack tech and the movie as well.

Movies about Hacking is the Crazy Stuff

We are in that era where tech became everything in our life. As a part of so smartphones, computers, and gadgets became a great yet mandatory companion of our life. But they’re not always as good as we think. Something bad can happen and we might lose our valuable data. People are looking for a backdoor to hack our devices. Now it has spread negatively so much all the globe that the necessity of getting protected from it is displayed in movies as well.

There are tons of examples of movies about hacking. There is a message, fantasy, dream and many more for the tech lover. So, why we are waiting? Let’s jump to the review and get the best pick out of them.

Wargames – The Best Movies About Hacking

Why don’t we start from the root? This movie is a masterpiece that can shake your soul with an extraordinary story with an ordinary kid who loves to play games and about to start world war III with a little hacking trick. Is it possible? To know the answer you must watch this game and feel how it can ruin everything around you. Wargames is the right pick in my eyes to get started with hacking movies. In 1983, this movie changed our basic concept of hacking. The main story starts with a high school kid who becomes an annoying student of the class but good at hacking.

What will happen when you find a backdoor in a military central computer? This movie will show you all the surprises when a kid playing with them without knowing what he is doing. Even the storyline is also good to extract the moral of this movie. Matthew Broderick, Ally Sheedy, John Wood did their best in this movie to depict the situation.

‘Hacker’ movie was developed and released in 1995. After the release, this move becomes a hacker classic. This movie just wanted to say about the life of hackers and how they can get into trouble. Sometimes hacking becomes a national issue and you will get a clear idea of so after watching this movie. This one is also a movie about the comedy genre. But dramatically the platform was changed when a kid was banned to touch the keyboard for the next 7 years. You will also find how a virus can control everything, even things like the oil tanker.

Maybe the storyline is not standard comparing today’s phenomena, but good enough to hold your breath. This movie has one good thing and that is the soundtrack, which makes the situation more dramatic and attractive. The super cool women Angelina Jolie played the role ‘Gia’ who has made this hacking movie glamorous. This movie was released at that time when people are getting used to using a computer in their everyday life.

The story tells us about a virus called “Zero Cool’ which is the culprit to crash stock exchange. The owner of this virus was found guilty and banned until his 18th birthday to use the computer again. The story turns in another way when the kid revoked from the ban. Finally, you will interesting things about the hacker community.

If you want to feel the situation that is related to hacking under pressure then this movie ‘Swordfish’ is the right one for you. It’s just not only a movie about hacking, but also entertaining in other aspects. Huge Jackman, that one name is enough to make this movie interesting to the audiences. In some cases, it seems ridiculous, which is not suitable for hacking, but surely makes you excited with the ‘what will happen next’ theory.

It’s a story of a person called Gabriel Shear who wants some money to support their war. This war is going on against international terrorism. But the problem is he cannot get the money. It’s locked which needs to be unlocked by a hacker. Shortly it’s a movie of bank robbery with the help of a hacker who is the only one can hack that system.

Who doesn’t know about this awesome sci-fi movie? I’m talking about a movie which has changed the idea of sci-fi movies in 1999. You will get everything in this movie. It is a combination of fun, action, thriller and most importantly hacking. When you know who you are actually and how to fit with nature, then declare the war against the controller of your program. So, this is the one movie that cannot be denied as a top-rated hacking movie due to its strong storyline.

Keanu Reeves plays his best role in this movie. ‘Neo’ the character he played wanted to know the reality. But the hacker allies controlled him to lead a double life. There is another hacker called ‘Morpheus’. ‘Neo’ was looking for him. Undoubtedly, this is one of the best hacking movies all over time.  Even the special effects have given this movie a boost to be the best.

This movie is a combination of action and technical accuracy. It is the 4th film of the Die Hard series. But this one is mentionable because most of the tech lovers can get a good feeling about it. Yes, some hacking scenarios have made this movie better in cool ways. The basic theme of this movie is, there is a group of hackers who are also playing the role of villains. They can control anything related to technology and can do almost everything through hacking.

Our society very much relies on the internet. But at the end of the day, it surely is not something that good at all. All the systems are not secure and any damage can be done with it. This movie is showing all these things in 128 min.

When you got plenty of options to see the best movie about hacking, then you might need some suggestions. It’s not possible to see every movie. This article is about picking up the best top 5 movies about hacking. So, get your popcorn and take a seat for a while. Indeed, you cannot find a way to learn how to hack from these movies, but surely get the idea about the good and bad side of this act.

You may get confused about the choice of the best movie where every movie comes from different genres, but similar to the actives related to the tech world.

Thanks for staying with Fyxes. If you have any queries or suggestion then let us know in the comment section below.