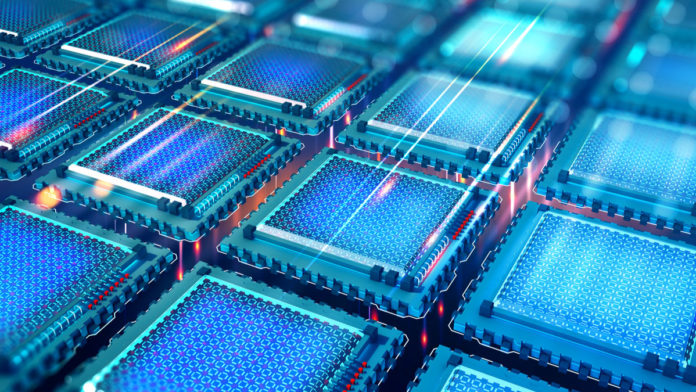 This world is filled to the brim with incredible pieces of technology. We have cell phones with more computing power than that of the computer that sent a man to the moon. We can even program robotic arms to build cars right in front of us! Today, almost everything is done by a computer.

Whether it be at the self-checkout line at your local grocery store, or earning an online degree. Computers provide us with a world of information every day, and they’re almost always accessible. One could think that this modern age of technology has no limits. Humans can probably do anything they set their minds too with the help of computers. Unfortunately, this isn’t true.

However, there are many inventors, businesses, and scientists out there trying to push the boundaries of human invention. One-way scientists are doing that is through the invention of quantum computers.

What in the World is a Quantum Computer?

A quantum computer harnesses the unpredictable states of subatomic particles to store information. Its origins can be credited to physicist Richard Feynman. The idea of quantum computers began with him asking a question at a physics conference in 1981. “Can we simulate physics on a computer?”.

The answer was yes and no. Scientists can’t simulate all physics on a computer. Quantum mechanics cannot be simulated on a computer. The first issue a scientist will run into is trying to keep track of all of the variables in quantum mechanics. Next, we have the issue of computers never having enough memory to handle the simulations.

This is because of variables and the amount needed to describe particles. For example, if we have 100 particles, we would need 2100 variables to describe these particles with. to give that some perspective, that’s 1 with 30 zeros afterward.

Talk Nerdy to Me: Computer Lingo and Explanations

Traditional computers work with units called “bits”. Eight bits linked together make up a “byte”, the smallest addressable chunk of memory in a computer. Two linked bytes make a “word”. All of these elements make up the basic parts of a computer’s program. Once the program is compiled and ran, it converts itself into a long series of 1’s and 0’s.

It’s the only language that computers can understand. Learning about quantum computers is very difficult. This is mainly because, in order to create a quantum computer, we will need to revolutionize how modern computers work and delve into some very complicated math and physics.

In fact, when we observe things on such a small scale, they seem to defy all conventional laws of physics. Scientists want to find out if quantum computers are better than the computers we have today. Moore’s Law states that if we keep shrinking the size of transistors on computers, they will become so small that they won’t obey the laws of physics anymore. This is what scientists are trying to achieve.

The Difference Between Computers and Quantum Computers

Qubits are represented as ones and zeros which allows for data to be processed simultaneously. Qubits can be an infinite number of values between one and zero while also being in multiple states at the same time.

A physicist would explain this phenomenon as superposition. Superposition is a scientific principle that states we do not know what the state of an object is. It may be in all possible states at the same time if we don’t look. It is the act of measuring something that defines it and categorizes it into a single possibility. To put it in perspective, one million values can be stored in just 20 qubits!

The Unique Property of Qubits

Another quirky characteristic of qubits is entanglement. Entanglement is an interesting property of qubits. It is the relationship between qubits and how they effect each other. In other words, if one qubit changes its state, the next closest qubit also changes its state at the same time. Entanglement means that we don’t even need to measure the qubits next to the one that has changed its state. We can just run a probability to measure the next closest qubits state.

In the final analysis, quantum computing, as of right now, is a mere science fiction tale. Unfortunately, we have yet to obtain the knowledge and technology to create a fully functioning quantum computer. And even then, we’re not totally sure that it would be drastically better than modern computers by the time we build quantum computers. However, this doesn’t deter curiosity in the human spirit.

There are scientists around the world that have dedicated their lives to quantum mechanics, and to bringing quantum computers into a reality. Who knows, maybe when the great minds of this generation create quantum computers, the next generation will unlock their full potential, and alter history as we know it.