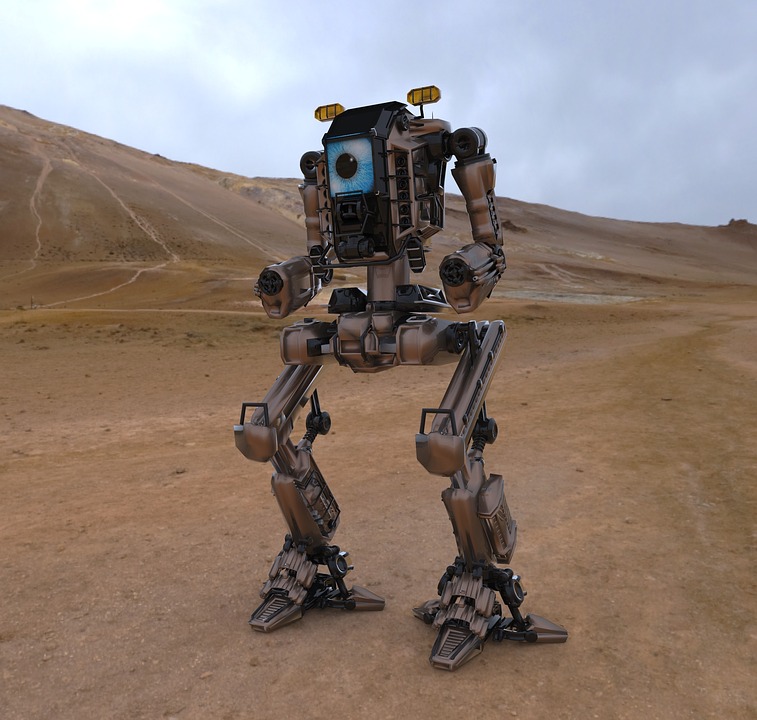 For a moment, let’s talk about RoboCop. We are quickly arriving into a time when younger readers will not have seen this movie – but since I consider myself a younger reader, and I have seen RoboCop, I want to call your memory back to an iconic scene where RoboCop has to fight a security robot called ED-209. The robot is equipped with heavy weaponry and was designed to protect the target RoboCop was after. This scene is iconic to me, not because of its ridiculous action sequence, but because of the implications of ED-209’s existence in this film. RoboCop takes place in approximately the year 2044. Growing up, it always seemed to me like security robots would always be an inevitable occurrence in our society, like hoveboards or self-driving cars. Of course, I’m sure real-life security robots won’t be armed with machine guns and rocket launchers, but you get the point. The year is 2017, and we’re starting to see the existence of security robots take form.

Anyone who is uses social media or is affected in any way by popular culture knows how much information sharing affects our society. If you walk to any busy traffic intersection or modern building, you will see cameras posted up. There have been many movies that show some type government agency utilizing massive information networks to track down criminals, or something of that nature. Of course, this doesn’t only exist in movies. Criminals are tracked every day via public security cameras and digital footprints. However, this isn’t always entirely effective, since anyone can cover their face and commit a crime if they don’t want to be recognized on a security camera. Sure, those cameras have definitely deterred crime in some aspect, but the question remains: does technology offer a better way to deter crime?

A startup company founded in 2013 called Knightscope has been on a quest to uncover the answer to that question. Knightscope aims to deploy Autonomous Data Machines (ADMs) in an effort to monitor crimes in places like parking lots, malls, businesses, etc. The company hopes their machines will help police and security minimize public injuries by “detecting” trouble. So far they’ve developed four different models of ADMs: the K1, K3, K5, and K7. These machines utilize things like video cameras, thermal imaging sensors, a laser range finder, radar, air quality sensors, and microphones. Beyond that, the physical presence of these ADMs are quite intimidating. They can get up to five feet tall, and can even mobilize. For a responsible citizen it may not be intimidating, but for a criminal, the physical presence of a moving smart security camera can be quite the obstacle.

The Knightscope team’s goals are summed up quite nicely on their website:

“Knightscope’s long-term vision is to predict and prevent crime utilizing autonomous robots, analytics and engagement. Crime has a $1+ trillion negative economic impact on the U.S. economy every year and Knightscope is on a mission to cut it in half. Founded in April 2013 in Silicon Valley, Knightscope is a leader in developing autonomous physical security solutions. The Knightscope “Hardware + Software + Humans” approach reduces costs for our clients, provides a 24/7 force multiplier effect as well as advanced anomaly detection capabilities. Our solution includes providing an autonomous physical presence, gathering data from the environment in real-time, and pushing anomalies to our user interface, the Knightscope Security Operations Center (KSOC).”

The newest model, the K7, is designed for rougher terrain and is supposedly omnidirectional (just on a surface). It can be used for airports, prisons, and solar and wind farms. Soon, we’ll see the devices deployed in rural areas to patrol farmland.

The idea certainly sounds good on paper, but just like with all new ideas, there will doubtlessly be certain or places where it’s not well-received: an animal advocacy and pet adoption clinic in San Francisco has used the K5 model to ward off homeless people from its place of business, and some people did not take a liking to the use of these robots, noting that the homeless problem in San Francisco is a complicated issue and should be dealt with with greater sensitivity. Also, there’s still the issue of these ATMs taking the jobs of human security guards, because they are cheaper to use per hour. As such, it’s difficult to say what the future has in store for Knightscope as a whole.

What’s easy to say, however, is that it surely won’t take us until the year 2044 to see fully-functional security robots being used in certain facets of our society.