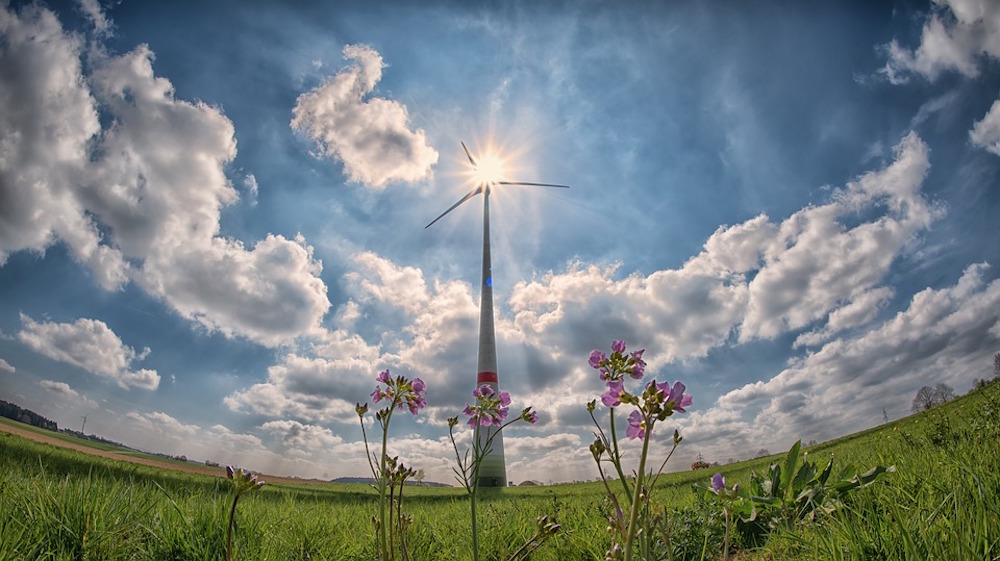 So maybe you’re looking down at a hefty electric bill or thinking about the toll that fossil fuel consumption takes on the Earth but what can you do about it? Depending on where you live and what service providers are available to you, you may not have many choices but this next startup may be an answer to some of your concerns. The geodesic turbine, created by a company of the same name is almost like a miniature version of the large turbines you may have seen in big, open fields on your last road trip.

The next line of questions about such a device would likely be: does it take up much space? Would it be an eye-sore? How much would it cost? Well, rest assured, the unique design of the geodesic turbine resolves most common concerns that may come with installing a personal turbine.

A smaller version of their geodesic turbine, affectionately known as the whirlybine, works like its larger turbine counterparts, however, it’s shape is designed in a much different way and it’s small enough to hang from your porch, much like a set of chimes would. The whirlybine is a scaled-down version of the traditional geodesic turbine and is less than 24" long and 4" in diameter.

It spins beautifully in the wild like a regular wind decoration at wind speeds as low as 1 mph. It’s small size, (approximately 16.5" x 2.75") makes it ideal for hanging from tree branches or anywhere chimes or other porch decorations would be placed. It’s easy to assemble, with no blade assembly, blade cutting, screws or glue needed for the entire process. All that is needed to assemble the parts are pliers and it’s assembled in 5 easy steps.

Unlike any ornamental windmill you have seen to date a "Whirlybine" does more than just spins, it whirls! Add movement to your yard, patio or front of your home. It is our current plan to make whirlybines available in kit form; meaning you get to assemble and customize yourself. This simple yet complex design is years in the making. A whirlybine operates in even the slightest breeze. Folds only are required for assembly, no cutting, no glue, no screws.

While this design is still patent pending and not yet for sale, the prospect of being able to generate your own wind energy from a moderately sized device at home is huge. In order to finalize the device, Everhart is working to gather more funding (he’s already used approximately $20,000 of his own money in development) and do more test on its productivity.

This full-sized geodesic turbine was designed to be 27′ high and looks similar to traditional wind turbines except it is smaller (fits on your property) and instead of large propellers, it has a small cylindrical, whirlybines-like turning fixture on top. If the geodesic turbine can be rolled out for commercial use or at least made to order for those interested in harvesting natural resources to power appliances, it would be a big hit.

With more and more awareness about the harm being caused to our planet by the use of fossil fuels, it’s clear that more people want to know how and are willing to make a difference, however, alternatives are often unavailable for non-commercial use. Since products aren’t available non-commercially, Earth lovers are sometimes limited in their ability to impact energy consumption. Though more companies are offering power generated (in part or entirely) by renewable means, whether or not they are accessible is a major factor in their popularity and use.

At this time, both the whirlybine and original geodesic turbine are still being improved and seem to be in their prototypic phases; no information is available on just how much power the larger devices can generate. I’m hopeful that with more funding and support, this design can take off. I’m also hopeful that more startups take lead and avoid the middleman by allowing consumers to invest in products and services which suit their energy needs instead of waiting on a provider to come along and make alternatives available to them.