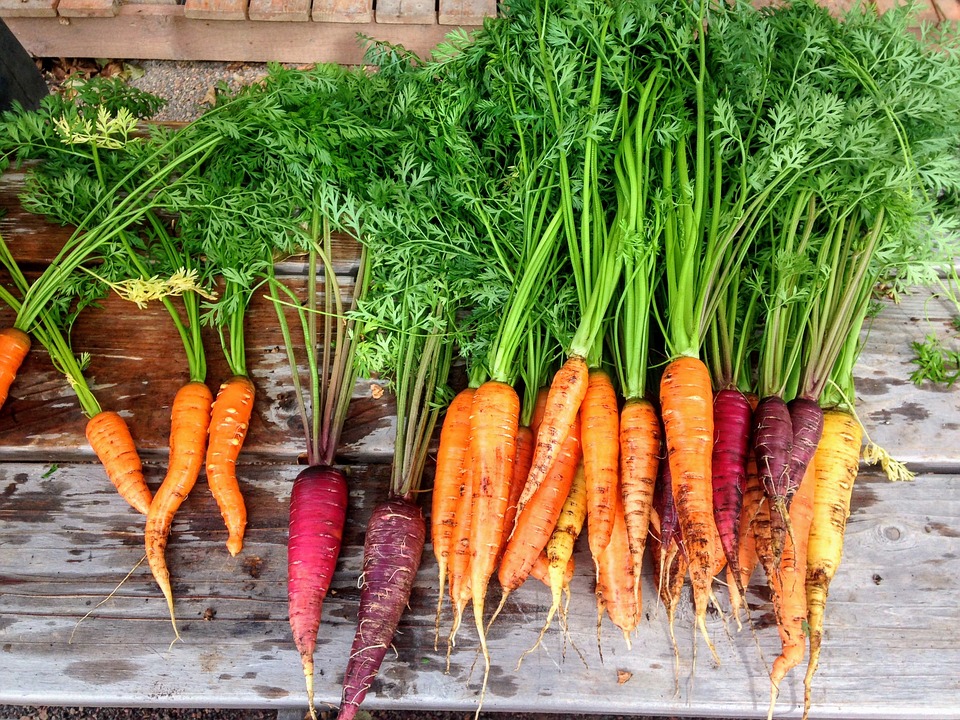 So you’re at the market, trying to opt for a healthy choice and you reach for organic salad greens, easy enough right? For most of us living in the West, what was once only synonymous with wealth has become more commonplace as organic produce prices have fallen. Halfway around the world, however, on the continent of my parents (and ancestors), things are a bit different.

In addition to increasing desertification (especially in the Sahel region of Africa), one of the largest threat to sustainable farming on the continent is the cost! In fact, according to a report from the USDA, many small and marginal farmers in Nigeria are unable to afford the input costs associated with organic farming methods.

Though this specific startup deals with organic food grown in Nigeria, this isn’t new to most people. Small-scale farmers are often asked to pay higher input costs to grow food organically and even large produce companies who offer organic food, charge a higher rate to customers. Because of this many viewed buying organic as a luxury- a feeling which still persists across the African continent.

Angel Adelaja, founder of the agricultural tech startup, Fresh Direct Nigeria is looking to change that. Understanding that the costs behind organic produce in Nigeria is more than a perception, she set out to came up with a new technique to grow organic produce in Nigeria, one that doesn’t depend on weather, season, location…or soil! Sounds too good to be true? Well, read on!

We bring together communities and advanced technology to improve agricultural yields for sustainable and profitable agricultural enterprise while being environmentally conservative, using less land and water.

Adelaja’s proposal to develop the local farming industry in Nigeria is not only eco-friendly but it would mean that Nigerians would have more efficient access to fresh, organic produce and that produce wouldn’t have to be exported. Not exporting produce means that the costs of production would fall as well.

So what is it? Fresh Direct uses shipping containers to create Container Farms, which can grow produce, even in densely populated urban areas. How is it done? The crops are farmed using hydroponics and vertical farming. These processes use less water and, because it’s local, require less fuel to be used for transport to the market.

The result? A farming method which prevents deforestation conserves water and reduces the emissions of greenhouse gas (like jet fuel or petrol). During product research, Fresh Direct found that their Container Farms used 10 times less water and land while maintaining a yield 15 times higher than traditional farming.

They already have products for sale on their online market. Among the products available, customers can order citrus zest smoothies, sweet basil, red Russian kale, dinosaur kale (a personal favorite) and swiss chard, just to name a few.

Their most expensive option, 22lbs of red Russian kale, costs users only 23,500 Naira (approximately $65), making it affordable for large businesses, schools or hungry vegans like myself to purchase. Their least expensive products include approximately 7 ounces of other veggies (like pak choi or basil) and can be purchased for the equivalent of less than $1.50.

Our mission is to run a sustainable and profitable agri-business by utilizing advanced technologies to improve crop yield as well as take advantage of the lucrative nature of value addition in agro-processing in Africa.

Besides visualizing a future in which Africa no longer had to import most of its produce, Fresh Direct is also focused on the community as well. In fact, they are working to employ urban youth in the agriculture business as independent urban farmers. They would own their own Container Farms and the ultimate goal would be to increase their quality of life by allowing them to earn a living wage.

The population Fresh Direct expects to benefit the most immediately from the Container Farming initiative are adult women in urban, low-income economies throughout Sub-Saharan Africa. Countries which would benefit initially include Ghana, Ivory Coast, Nigeria, and Senegal.

The Containers are designed to repay themselves within 6 months to a year and because this farming technique doesn’t require land, young people who are typically disenfranchised from investments due to their inability to put up land for collateral, are not shut out of this opportunity.

They are hoping that their technology, which costs approximately $10,000 will soon be funded by agricultural lending programs as more banks realize how secure the market is and more people realize how much more expensive it is to import foreign technologies.

I’m personally excited to see what impact Fresh Direct can have on food insecure regions which are often threatened by bad weather, desertification, and high food costs. Projects like Fresh Direct Nigeria are proof that intelligent, innovative solutions in Africa can and often do come from Africans themselves. The next task will be securing financial support for the widespread implementation of products, this is definitely a startup worth watching!